Should you work to improve the things you suck at?

I realized mid-career that I didn’t like managing. I simply expected everyone to do things with a commitment to excellence and was surprised that benign neglect failed to inspire great results. So I started reading books like The One Minute Manager and Who Moved My Cheese? and guess what? I became an educated but still sucky manager. As I emulated the methods of various management gurus, I discovered this aphorism, courtesy of Peter Drucker.

“It takes far less energy to move from first-rate performance to excellence than it does to move from incompetence to mediocrity.”

I was assiduously working my way toward mediocrity. I decided to shift that effort to doing what I was really good at, and fill the void with someone who was a first-rate manager. In so doing, I learned not about management, but about leadership.

Companies that emphasize performance management tend to focus on identifying and shoring up employees’ deficits, rather than “making their strengths effective and their weaknesses irrelevant” (another Druckerism.) This “areas-for-improvement” approach just reinforces the already common female belief that in order to succeed, she has to be better than everyone at everything. Men, on the other hand, know from their sports experience that they only have to be awesome at the position they play. If the other players do the same, they will all come out on top.

In fact, the real value in identifying what you suck at, is knowing how to collect your complementary talent as you encounter it. When you get to the top, it’s the team you’ve assembled that will ensure your success. How many new CEO’s immediately empty the executive ranks and bring in their own teams? They want people whom they know will cover their deficits and help them tackle a broad array of responsibilities. 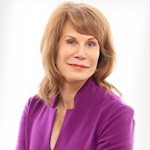 Madeleine Clark is the founder of HerWerk. She has a proven history of sourcing diverse candidate panels and a longstanding commitment to women’s advancement in the industry.
Leave a comment
Share: